Young Heroes: Brave Thato Beats the Odds With Mom by His Side 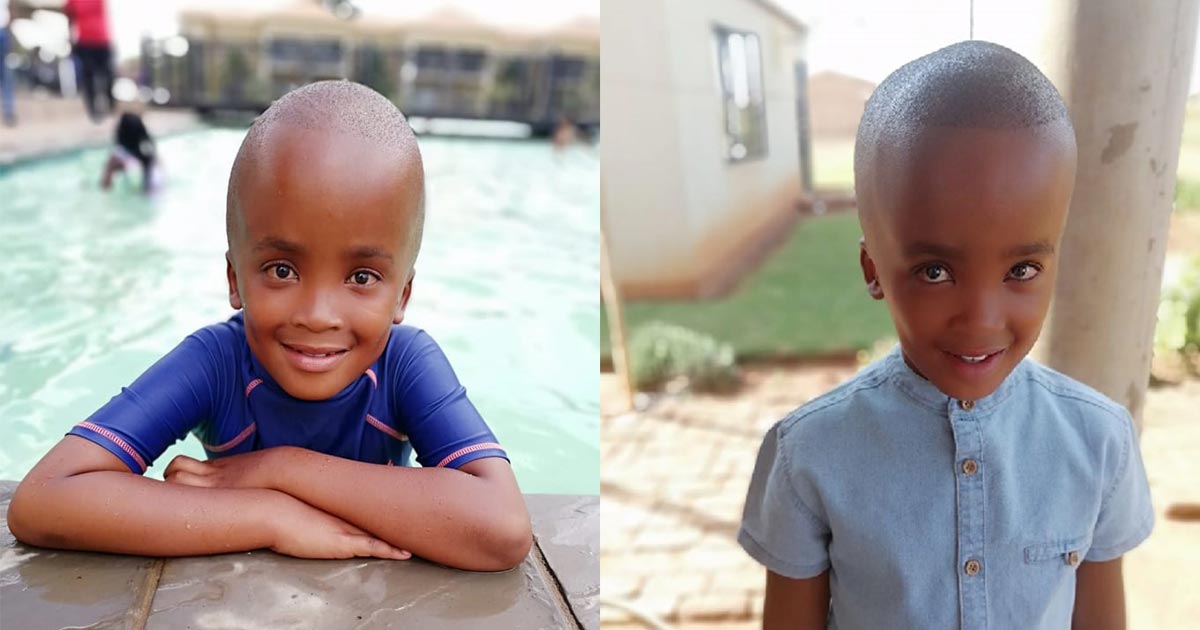 As mothers, we only want what is best for our children. We dream about their futures and all the amazing milestones they will reach along the way. Sometimes, the universe decides to throw a mother a curveball to put her motherly instincts and faith to the ultimate test. One such mom is Nomsa Mavinbela whose son Thato was diagnosed with hydrocephalus, shortly after birth.

Here is her story:

This is my 7-year-old son, Thato (God’s Will). After birth, doctors said he will not make it. They also said he will not be able to walk and talk and NICU had become his home. He was diagnosed with hydrocephalus shortly after birth which is a disease that causes one to have water on the brain and causes the head to grow abnormally. The head can grow as big as a watermelon and if not given attention, it can be fatal too.

The doctor inserted a VP shunt at just 7 months and its function is to help drain the water from the head to the stomach causing Thato to urinate a lot. It was so much for me to take in as I was just 20 years old when I had him, but I told myself that God gives his toughest battles to his toughest soldiers. There was no time for crying and feeling pity for my son. I had to grow strong not only for myself but for his sake too. 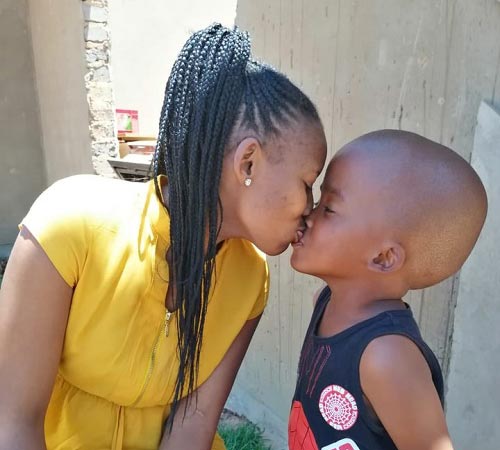 Today Thato can talk and even walk although he is a bit slow physically. He is struggling a bit with writing, which is understandable because he was born at 24 weeks and his diagnosis affects his brain as well.

Parents need to teach their kids that there are special people out there. It doesn’t mean that we should laugh or bully them just because they are different. The saddest thing to see is other parents laugh at a special kid – trust me I’ve seen plenty of it. Everywhere we go, people stop and stare. No matter how strong I am, it does hurt me at times, especially when my son is crying because people are laughing at him. He did not choose to be different, neither did I and I can never question God’s will.

Please teach your kids to stop bullying our kids. We love them as much as their parents love them too.

Nomsa’s original post in the #ImStaying Facebook group garnered an astonishing 58 thousand ‘Likes’ and more than 7 thousand comments of well-wishes and support.

Maureen Lotter: “Treasure him he is growing up to be a stunning handsome young man”

Devon Cale Garvie: “What a champion!”

Mandisa Constance: “What a handsome boy”

Mathapelo Mogari: “And he’s so handsome may you have the strength to give him love. Hugs and kisses to both of you”

We caught up with Nomsa recently to find out how herself and Thato are doing.

Here is what she had to say:

We’ve received so much love from SA ever since I posted on the group. So many people with the diagnosis came out and they really lifted my spirit and encouraged me to stay strong for him and keep loving him and taking care of him. I’m happy to say that I have also motivated so many people to come out and open up about hydrocephalus. I’m even thinking of starting a support group because some parents are still finding it hard to accept their kids’ situation and it’ll also be nice if the kids can meet. It’ll boost their confidence knowing that they are not the only ones.

A Compassion for Animals is What Drives Jade

GROW GIRLS TO TAKE UP SPACE