‘Africa Listen’ – A Musical Message of Hope and Love 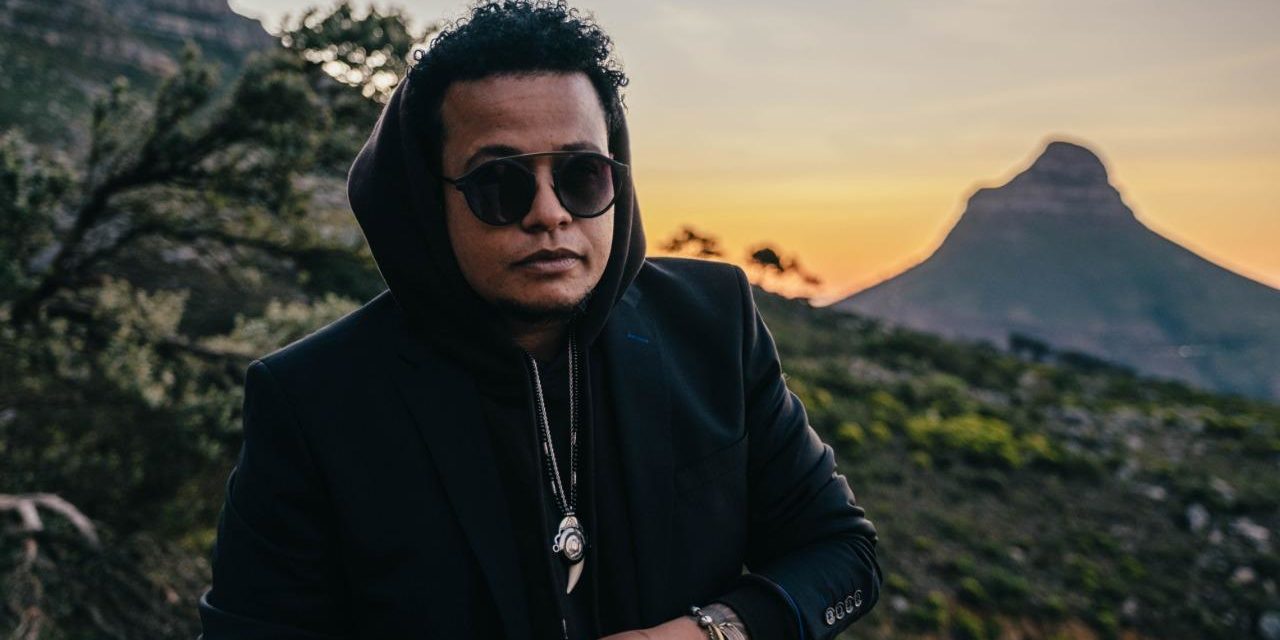 When Brigette Benson-Muller first shared the story of how Cape Town musician, Charl ‘Babyboy’ Pilwan, had leveraged his time during the lockdown, we immediately knew there was a bigger story behind the global musical project, ‘Africa Listen’. And we were right!  It’s a story of HOPE, a story of LOVE, and a story of belief in the Ubuntu spirit that permeates our African souls, whether we be in South Africa, Britain, or North America.

Brigette sets the stage for this joyous journey:

When Charl Facebook messaged me, I was firstly so happy and surprised to hear from him, as I had met him through a former job I’d held in Cape Town. I was a Marketing Manager, and I worked a great deal with musicians. I’d developed a deeper love for the arts through this position and we kept in touch even after I left SA in 2017.

It was during the height of the Covid-19 lockdown in SA and the US when I launched a new initiative, LeverageBPO.com. The goal was to help create work for those “stuck” in SA. Charl’s vision of wanting to share hope for the hopeless with all those back home through his music, immediately resonated with me and what I was trying to achieve with LeverageBPO.com. After listening to a rough draft of his song, I had goosebumps and burst into tears. I knew I needed to partner with him. I needed to help him bring his vision alive by means of funding, and this meant partnerships and a sponsorship. At that point I knew deep down that by helping each other, over time it would become a symbiotic relationship [which] would help many more South Africans. And that is exactly what both LeverageBPO.com and ‘Africa Listen‘ set out to do. Both of us from the Cape, sitting in our respective lounges, during dark times, was thinking ‘How can we help our people?’

So, who is the man behind the Africa Listen vision?

We got to know more of the man with the huge heart and musical talent who initiated this project.

“Coming from Retreat, Cape Town, I was the baby in my family and named Babyboy from the get-go. I’ve been in the industry since 1992 as an actor/vocalist and started DJ’ing and doing the wedding singer thing in 1995/6. I landed in Bali, Indonesia when I was 21 for my second gig abroad and met my agent for the very first time. He couldn’t pronounce my name and dubbed me Babyboy – and so the nickname has stuck. 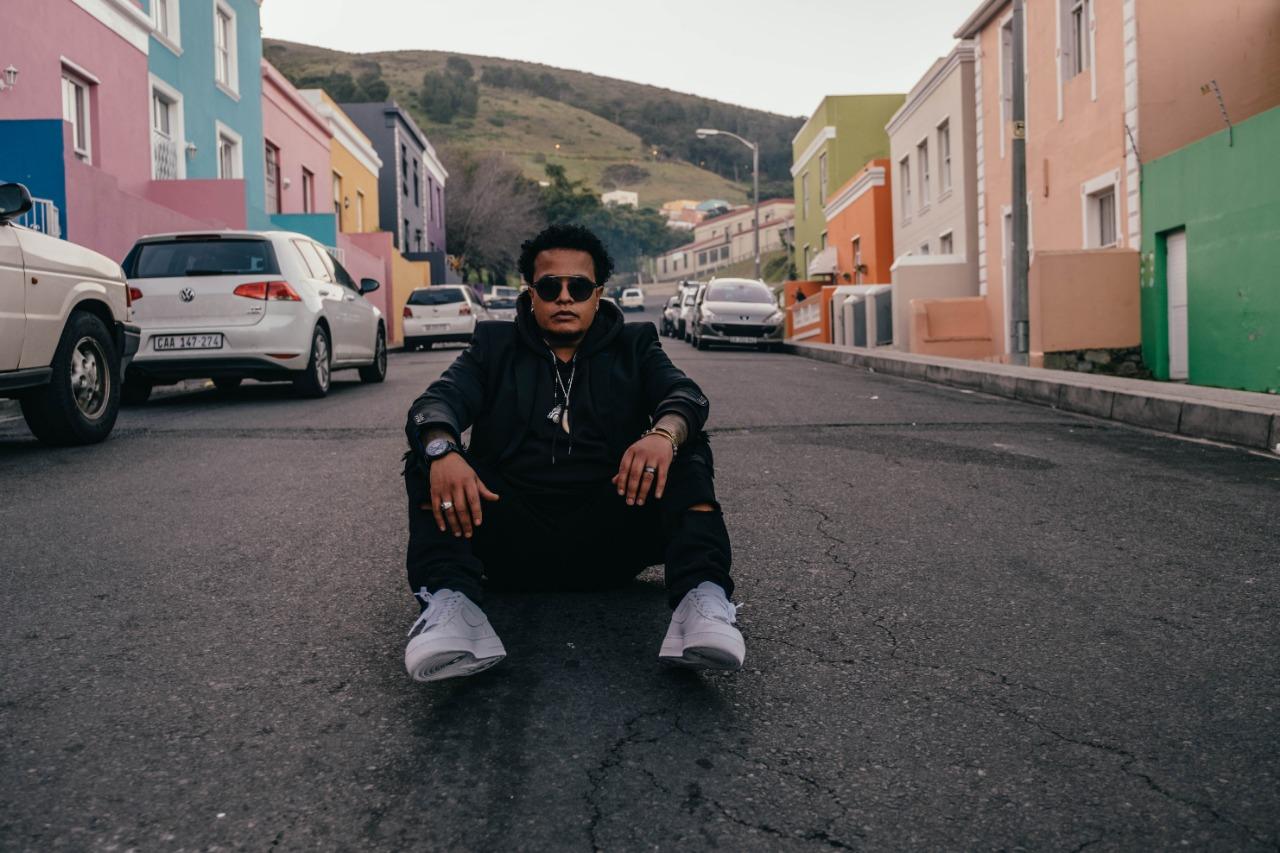 My dad passed away when I was 13 years old and I wasn’t sure what the next step was. This was the major catalyst in my life. Music spoke to me and allowed me to let out everything I was feeling and dreamed about. My mom was such a trooper and stuck behind me. Pushing me as far as she could. This got me to the UK where I continued my schooling, but I also lived on the street for a while. I think these things made me stronger and made me push even harder. I think it’s the reason I am who I am today. I don’t quit.

I met Craig David in the UK and he told me I should tell my own stories through my music, which I really took to heart. I’ve never seen Craig again, but his words have always stayed with me.”

Charl went on to perform in shows and work with world-famous performers. Along the way, he released a few singles and two albums.

What prompted you to write this song?

“We were at the beginning of lockdown and I was happy to be spending it with my little family. But I was also scared and worried about the future – not so much for myself, but more so for my kids. I was having a conversation with my wife, Roshan, when I caught a glimpse of my daughter’s smile. For a second, she smiled right at me and I started thinking about all these crazy things. I knew everything was gonna be just fine– there was HOPE!

So, there I was, sitting in my home in District Six, looking at how our community had pulled together. People were home with no income and no way of surviving. Some of our neighbours got together and started cooking food and delivering food parcels and started a WhatsApp group to tell everyone it’s going to be ok. This was amazing to witness. I thought back to my time living on the streets of the UK, wondering where my next meal would come from. So, they jumped into action and made this happen. There was LOVE!

We are African. Let’s not forget the spirit of Ubuntu and what being African means to each of us. Let’s spread the LOVE and the HOPE across the world where everyone needs to hear it and feel it. That was my plan with this song.”

How did he make it happen?

A host of talented and generous people gave their time and skills to the project. The first call was to Denver Damons, his writing partner for years and so he has always been the first call. “He laid guitars to this track via phone and a headset mic – no studio! It’s still the same guitar you hear in the actual record.” 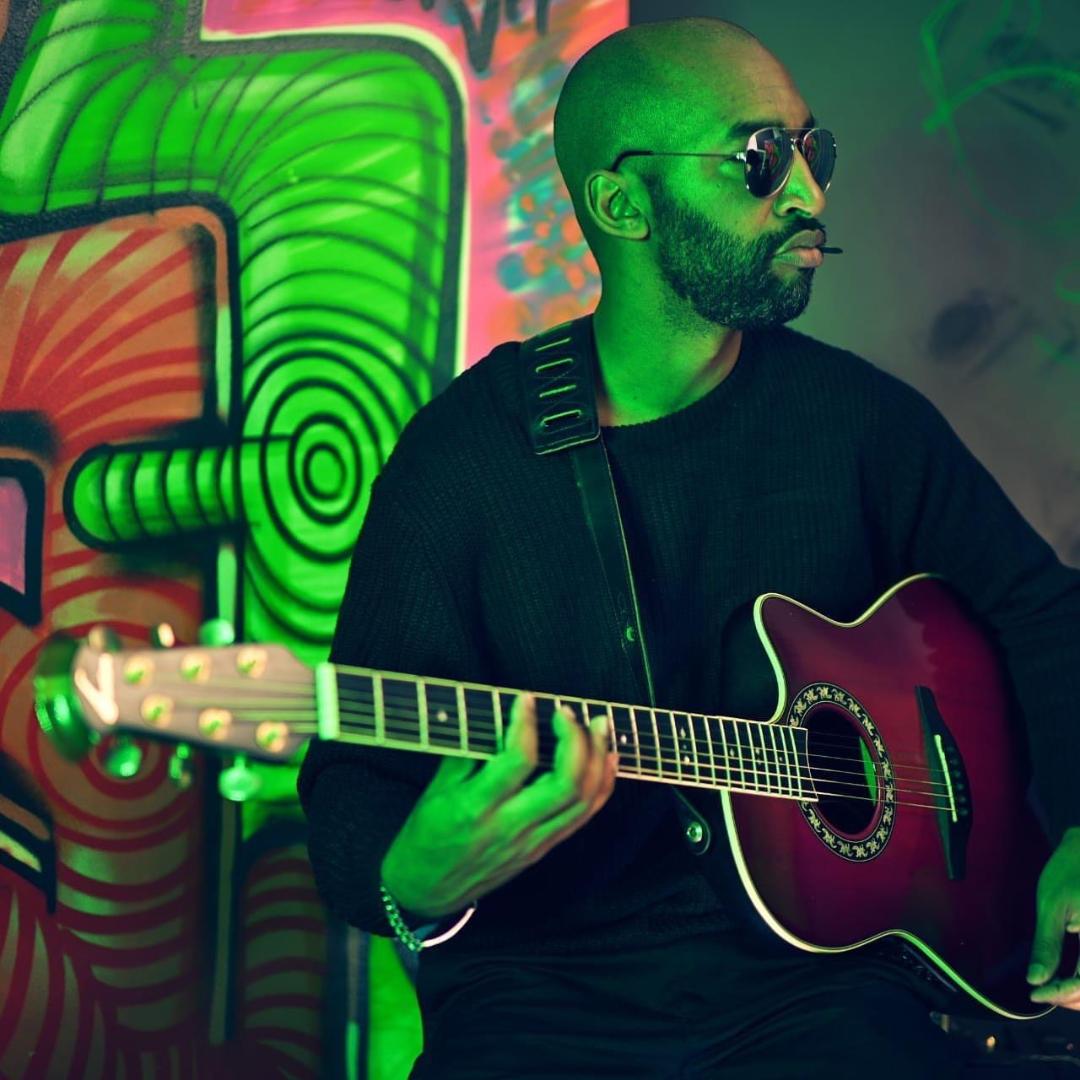 The next call was Mark Wainwright, his producer in Liverpool, England.

“Once we had this laid down I went to work.” Next was RnB legend Keith Martin, “for guidance and those soulful backing vocals”. Then, Keith Marlo who “pulled out that choir – just himself and 2 female vocalists – hit me back and I could have cried – I listened to this track and in my heart, I felt the tears welling up.”

For the final touches to the mix, Charl approached Saint Peter Miller, the Jamaican/Canadian muso. The two collaborated on the rap, with Saint Peter performing it on the track. 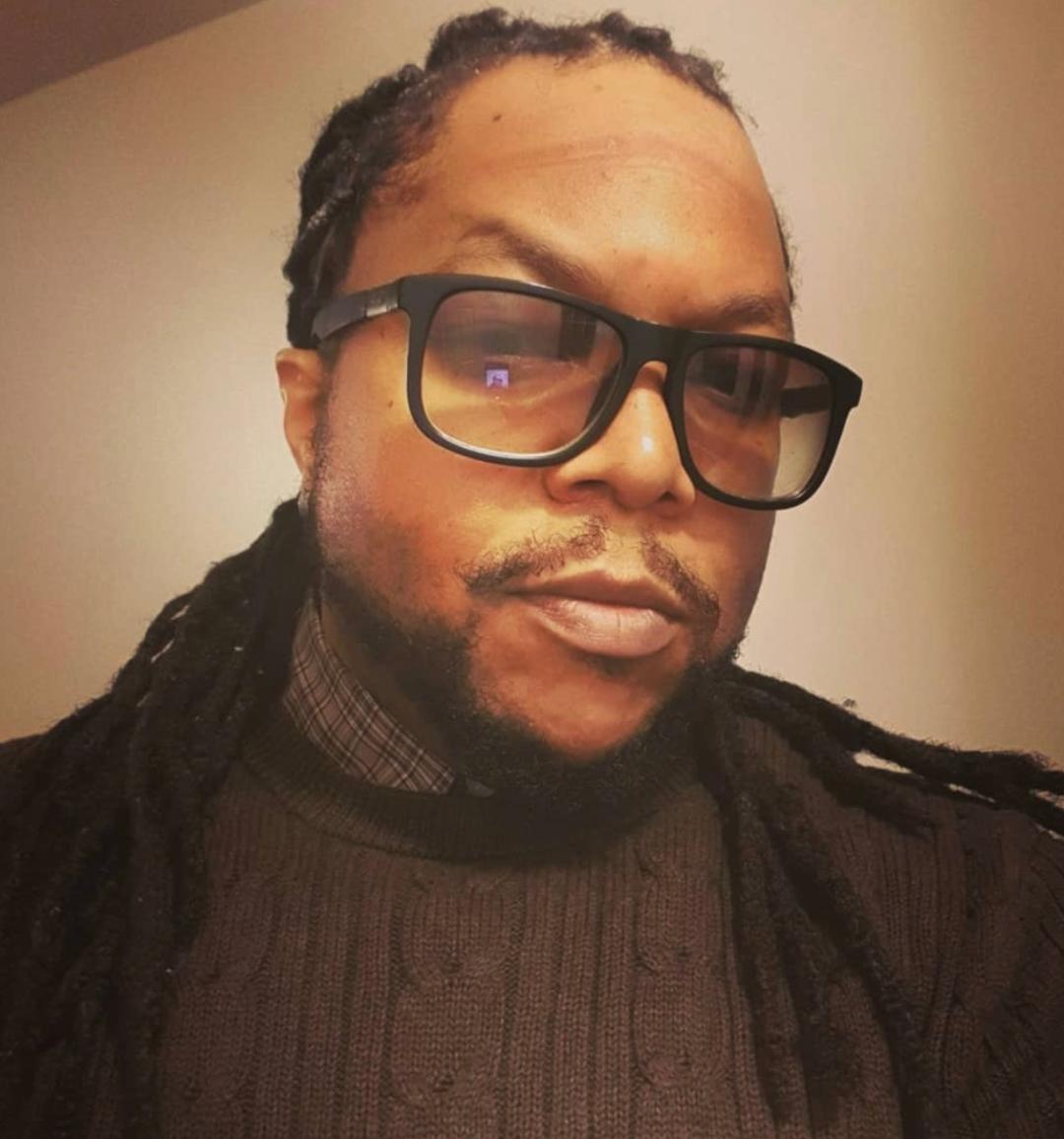 “I bounced all the tracks off to Mark and that was that. I trusted Mark with the project and he never disappoints.”

So, on to the video, the next step in the project.

Charl says: “I knew I needed ‘Africa Listen‘ to speak visually, and so that’s what we did. First, we needed a budget – I think every artist wants that one hit that goes Gold or Platinum, and ‘Africa Listen’ for me is this song.  We needed PR so I reached out to one of the biggest and most respected PR companies in SA who responded enthusiastically. I had no idea how I was gonna pay for this but I said, ‘Biesmiellah, let’s go.’

Next, I reached out to Brigette and I think the timing of this one was just everything. She was working on a new project back home and giving back. Serendipity at its best at play. She is well aware of what is happening in South Africa and so by providing jobs and sustainability she’s doing her part for our people. I spoke to her about ‘Africa Listen’ and she said I had her in tears, wanting to come home. After speaking to her partners in the US, she made my PR a reality. Many others gave their support – Dirkie, Michelle, Ziyaad, Chingy, my mentor and friend, Derek Elmer from ‘I On Asia’ didn’t think twice about sponsoring the video, and Faye Ho who jumped on board without hesitation with her support. 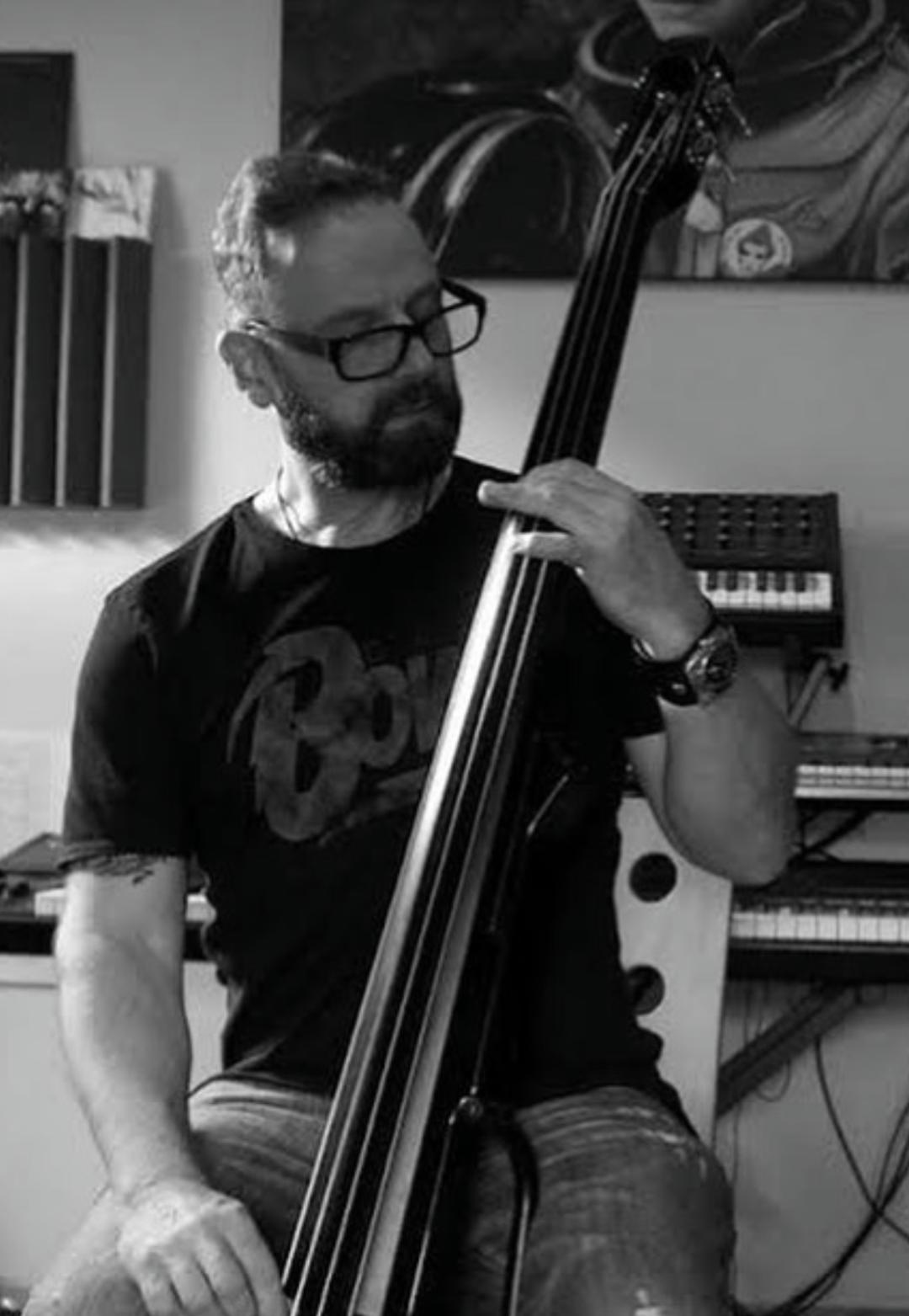 We shot the entire video in one day! We had a 6:30 am call time and I had to be at my day job at 8:30 am. We regrouped again at 13:30 and completed the rest. Ruben Engel and Naguib Fredericks were the masterminds and editors behind this beautiful video that shows off our country and continent. They brought the magic. This project was all love – I hope you’ll feel that.”

The response has been amazing!

“The industry folk have given it a great review. I think the struggle in SA for independent artists such as myself is always getting played on a higher rotation – MNET, DSTV and MTV has taken on the video for rotation, so I’m so happy about that.

The people who have listened to it or watched the YouTube video have messaged or commented about how it made them feel and how much they truly love the song and the message. This has really spoken to my heart as that was exactly what I was hoping for.”

Are there plans to expand the project?

“I think that’s the real big question, hey. My vision is that everything I’ve ever done would always give back. Whatever way you can help, you help. If you can help one person, then you’re doing the right thing. Imagine what change you could bring if you could help 100, or even 1000?

So, I’m involved with a few initiatives out in Cape Town. After some serious thought and talks the plan with ‘Africa Listen’ is to give as much back as I can. We then decided that 10% of all single sales will be donated to charity. Lockdown has hit the most vulnerable the hardest and I’d like to do my bit to give back as much as I can. So, instead of going out knocking we said let’s push the max out of the song if the sales come in that’s how we will bring the spirit of ‘Africa Listen’ to life. If I help you and you help another and they reach out, we all move forward together.”

“Someone said to me recently, ‘There is so much ill with the world right now, how can we celebrate anything?’ I thought deeply and answered, ‘That’s exactly WHY we have to celebrate what is good and shine a light on all the amazing people in their own corners of the world who quietly, in their own way, go about doing good and helping others. It’s up to us to bring the change by also telling the good stories so we can inspire more and show our kids a new narrative, one that has them aspiring to do better.”

LeverageBPO.com continues to empower the community by regularly posting job listings on its LinkedIn page. 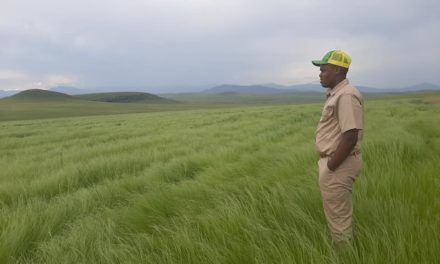 Farming for the Future and to Fight Unemployment 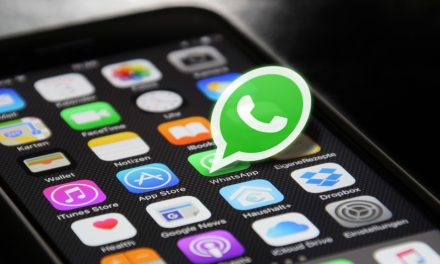 CPUT Student Going Above and Beyond 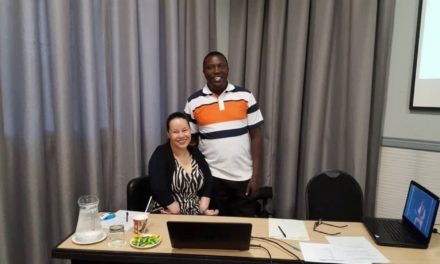 Disability is Not Inability 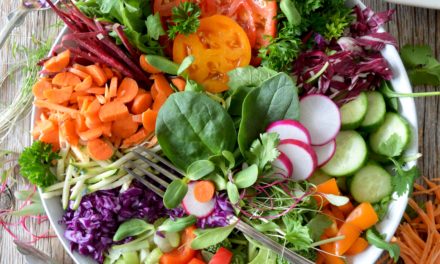 7 Foods that Fight Back