Devi Govender is probably one of the most recognized personalities in South Africa.  She has intrigued the nation with her hard-hitting investigative journalism on Carte Blanche.  She and her team have helped expose and bring down many corrupt institutions and individuals.

Born in rural KwaZulu Natal, and with degrees in drama and Afrikaans teaching, she started working in radio, television and magazines.  But the first Carte Blanche programme that she watched in 1988 had told her what she wanted to do with her life.

“Sometimes you must be careful of what you want, because when you get it, will you be ready?”

In 2002 she applied for a job with Carte Blanche saying, “If you don’t hire me you are going to regret it for the rest of your life!”  Today she laughs and says, “Sometimes you must be careful of what you want, because when you get it, will you be ready?”

It was not until her second year with them that she actually found her feet, and then her career took off.  Her first big story was on Driver’s Licence fraud, and after that she never looked back.

“Don’t worry about what you can’t change,” she says, referring to having had no role models to follow.

“I am honest about the fact that I love chasing crooks”, she laughs.  She prepared for confrontations well in advance, but plans could often change at the last minute.

She soon learnt never go into an enclosed space if she did not fully understand the circumstances.  There were times when it became very difficult to get away safely.  “At doorstops you should be scared. Because anything can happen.”

One of the best results for her was the Machela Koko interview regarding Eskom and state capture.  Here they were able to prove that the Guptas were in fact given a payment which allowed them to buy a mine.  “It was a very stressful story.  We knew we had the information, but we needed the confrontation to prove it.”

Without a doubt, a free and independent media is one of the main pillars of a democracy.  Reiterating the importance of knowing exactly what is going on around us, Devi reminds us that if something does not make sense, it should always be investigated further. While journalists do sometimes make mistakes, people owe it to themselves not to take things at face value – fake news is a real thing.

“Corona changed everything for everybody.”

No country is fighting this virus alone.  We are so used to hearing the bad news about South Africa, but now we realize that we are not alone.  As a country we should be proud of the true leadership of our President.  He had consulted widely with the best.  “And the best are here; they have always been here, and we should recognize that.”

“We will never get a time like this again in our lives.”

Devi emphasized that a time like this would never ever come again.  When times are good, there is no necessity to be innovative.  We should all use this time gainfully and make plans for when the world would once more be open for business.  “A lot of companies are born when people’s backs are against the wall.”

Her fans will be pleased to know that she has a new project in mind that is still to be announced.  She is using Covid-19 to get ahead with it.  #ImStaying wishes Devi Govender well in the future, and looks forward to seeing her on television again soon. 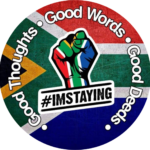 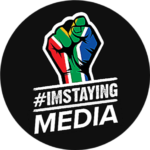 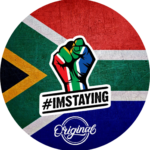 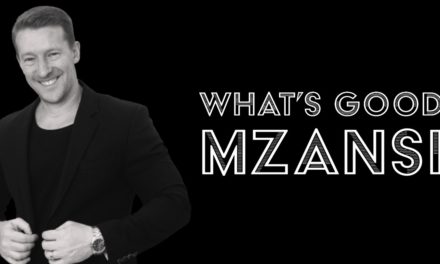 National Women’s Day: It All Started with a March