As a country, South Africa is blessed with a variety of natural environments that are home to an abundance of spectacular wildlife. Although the world-renowned Big 5 is a big drawcard for tourists, there are countless other animals that are equally as deserving of praise and protection.  We are very fortunate to not only have dedicated organisations, but also passionate individuals dedicating their lives to the conservation of our natural world. Among these dedicated individuals are two incredibly-talented young artists who have taken it upon themselves to help preserve the natural habitats and ensure the safety and well-being of some of our most precious animal species.

Ricky Dampers is a 23-year-old self-taught wildlife artist who started drawing cartoons at a very young age. As his love for animals and conservation grew, his artistic style also evolved. Ricky not only concerns himself with capturing the exquisite beauty of animals in art form but also in wildlife conservation itself.

He is particularly vocal about his aversion to animal cruelty and poaching and dreams of a world free of both these atrocities. 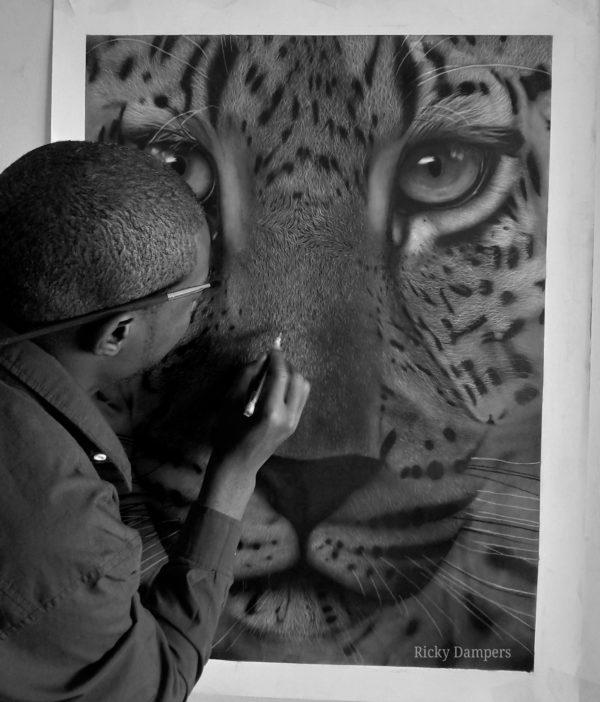 When asked about this artwork, Ricky had the following to say: “I like to use charcoal as it allows me to bring out the beauty of animals by being able to create different animal textures and its character. For reference photographs, I usually use photographs taken at the Kruger National Park by different South African professional wildlife photographers such as Robert Melsa.” 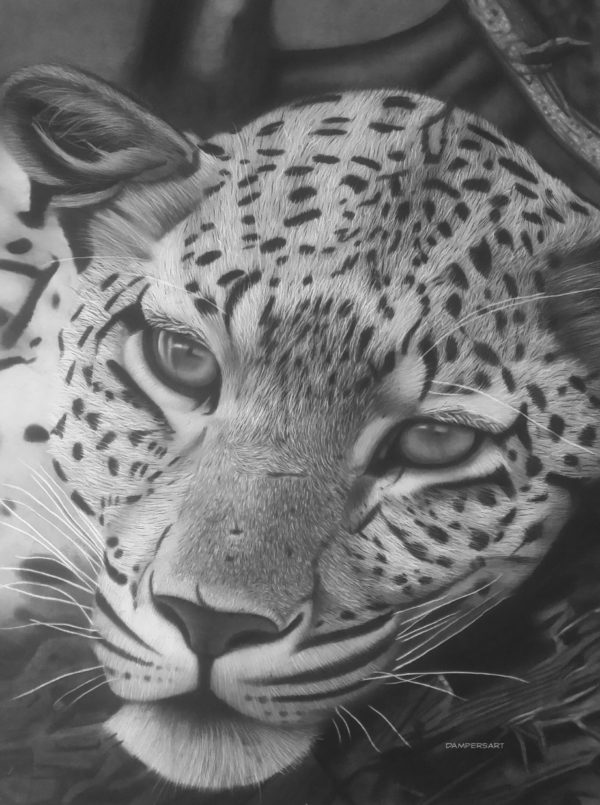 The second artist who is making a huge impact with his art is Shanfield McLeish Moyo, a 24-year-old professional Pencil Artist, Wildlife Photographer, and Conservationist. Since he was a child he was always fascinated by the diversity of wildlife and found some animals that are unappealing to most people, very fascinating.

He sought to learn as much as he could about as many animals as possible by watching wildlife documentaries on National Geographic Channel and Animal Planet. As his awe and appreciation for different kinds of animals grew, he knew that whatever career he chose would be centered around studying the various animals on the planet. 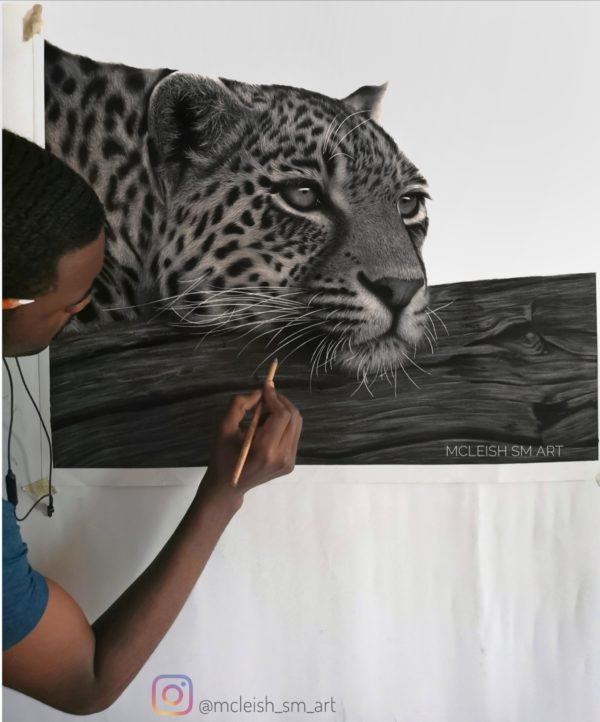 Shanfield always possessed a natural drawing talent but realised the importance of having a solid academic background and worked hard at school. Despite being offered several scholarships to study, he admitted to himself that pursuing an academic degree would distract him from his true passion: being an artist.

He commenced his professional career in 2016 and utilized social media to increase his reach.

Before long he was being commissioned by hotels, lodges, and individuals to create some drawings for them. He has also donated more than 40 artworks that were auctioned and sold to promote wildlife conservation through various wildlife protection programs, such as the Pangolin Protection Program. 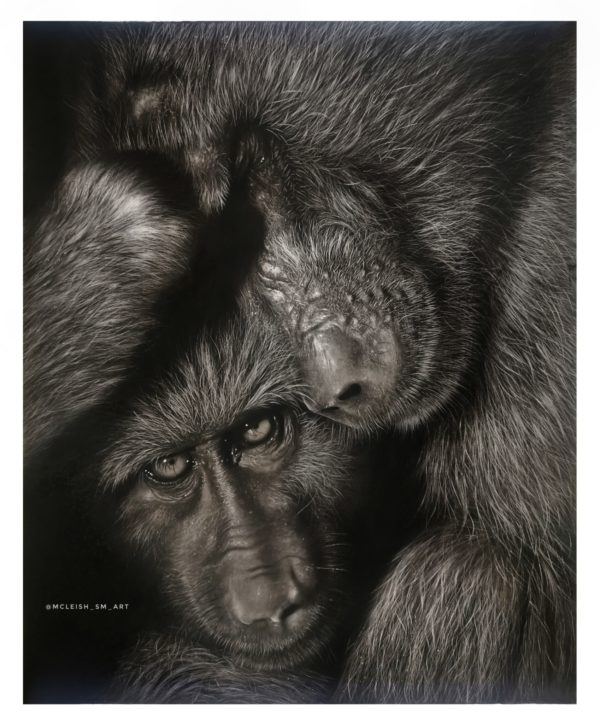 Shanfield is an advocate for wildlife conservation and urges everyone in the community to get involved and help keep our animals safe. He hopes that, through his art, he can raise more awareness of the need to actively participate in the Conservation of our beautiful wildlife. 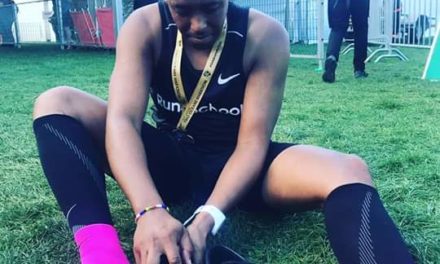 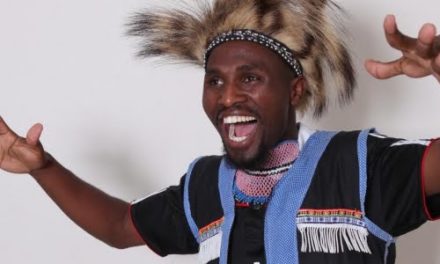 They Sing History and Greatness 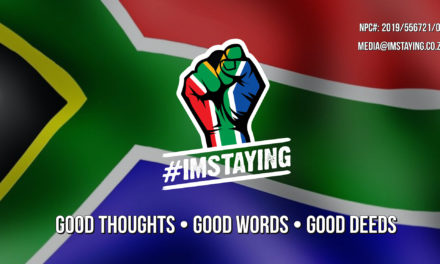 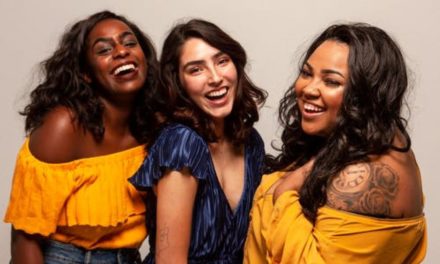 Sisterhoods – No Need To Go It Alone